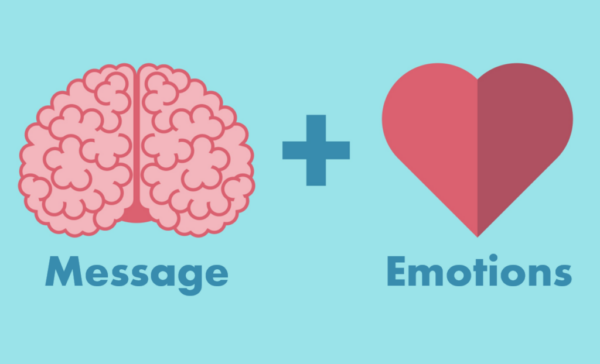 You have some feedback for a direct report. It’s a conversation you should have had pre-coronavirus, but you put it off, hoping things would get better. Unfortunately, they didn’t. Now the frustration is building, but so has your compassion for the situation your employee is working within.

You don’t know if you should hold off having the conversation in an attempt to avoid adding to their stress levels or engage in the conversations now to keep things from getting worse.

After analyzing 360 Leadership Feedback Assessments of managers from over a dozen different professional service companies, I identified two of the most consistent traps well-intentioned leaders fall into when it comes to difficult conversations.

If these conversations weren’t challenging enough, now they are occurring over the phone and through video calls in the midst of a global pandemic. Unfortunately, this means that the consequences of these mistakes are often magnified and can have a lasting effect on the relationship long after people return to regular work conditions.

Tapping into your Emotional Intelligence (EQ) skills can help you avoid both traps.

No matter how experienced you are, initiating a performance or behavioral focused feedback conversation tends to fall into the “would rather avoid” category. The challenge with putting these off, even in the best of circumstances, is that frustrations fester the longer the conversation goes unaddressed.

Given that most people are working remotely at the moment, the opportunity to further avoid these conversations is now even greater. As a result, email after email is exchanged, call after call happens and these seemingly small frustrations start to compound.

To truly understand the impact of each, let me clarify the differences. Feedback conversations are thoughtful conversations where the goal of the message is focused on the problems (i.e., you are late for meetings). The intention of the conversation is to lift performance by creating awareness, initiating learning, and creating positive, lasting change.

Blowback conversations are ones driven by the emotions felt in the moment, shifting the focus of the conversation to the recipient’s perceived character deficits (i.e., you are disrespectful). The intention of the conversation becomes tearing someone down by making them feel bad, guilty, or ashamed as a way of initiating change.

No one wants to admit to a blowback conversation. In fact, our data reveals that less than 10% of leaders acknowledge or are even aware they are engaging in blowback conversations. Interestingly, over half of the respondents said that they experienced performance conversations more like blowback than feedback (the recipients included direct reports, colleagues and vendors).

As negative as this sounds, it is understandable. When an employee, colleague, client or vendor breaks your trust, disappoints you, undermines you, questions your motives or performs poorly, it is understandable that you feel fed-up, angry and even resentful. Those emotions are not wrong or bad, nor are they even the problem.

The problem is the timing of the conversation in relation to the intensity of the expressed emotions.

The goal isn’t to remove emotions or side-stepping candid feedback. Instead, it is to recognize, understand and use emotions as important information to help you address the core issue in a more timely and productive way. A quote from Aristotle sums it up well:

Engaging in low-emotion, touchpoint conversations earlier and more consistently will increase the likelihood of a more effective conversation. As a leader it is essential that you deal with your own emotions before involving someone else to ensure the conversation is thoughtfully, feedback-focused and not emotionally, blowback-driven.

EQ Trap #2: Not Managing the Message.

In other instances, unmanaged emotions aren’t the problem; unaddressed feedback is the problem.

Too often a leader initiates a feedback conversation, but they never actually articulate the feedback. Instead, they avoid the potentially emotionally triggering parts hopingthat the recipient figures it out. Although this may make conversations less difficult in the moment, it almost certainly creates misunderstandings later on.

As George Bernard Shaw is quoted as saying:

“The single biggest problem in communication is the illusion that it has taken place.”

When leaders describe their frustrations of needing to have the same conversation multiple times without seeing the changes they are hoping for, I challenge them to check in and ask themselves if they have had the full conversation. Specifically, have they avoided any of the hard feedback in attempts to protect the relationship or lessen the risk of the other person getting upset?

Often the answer is yes, followed by an explanation to attempting to spare the feelings or minimize additional uncertainty in an already complex situation.

Although the intention is admirable, the impact of not clearly sharing feedback often has the exact opposite effect. Instead, this approach leaves the recipient to figure out what you meant and how to be successful in the future, which only adds to worry and stress.

Factor in remote environments and pandemic-driven anxiety, and unclear feedback has the potential to be totally misconstrued or taken much more negatively then the original feedback would have been if expressed in that moment.

I have heard clients, friends and family members recount the sleepless nights that followed a vague conversation with a boss leaving them to wonder and worrying if they were next to lose their jobs. This being the case even in situations where the likelihood of that occurring was considerably low.

Feedback may be hard to say in the moment but saying it once in a single conversation where the recipient is clear on where they stand and what you expect is easier than spreading it across multiple vague conversations – for both parties involved.

The reality of this pandemic is that emotions are running high and many difficult conversations will not end on a happy note. And yet, when you use your EQ to manage emotions and articulate the message, even the most difficult conversations can activate powerful, long-term trusting connections. It’s these relationships that will get us through and make us stronger on the other side.